Unlike other states where an offender gets a permanent classification, an offender’s risk level is subject to change in North Dakota. The state assesses sex offenders to know if there is a need to change their risk levels.

Also, the duration of registration depends on the offender’s risk level:

Sex offenders in North Dakota can request to review their risk level if they feel their record has improved.

The law ensures that the community gets notifications anytime a registered offender moves to a new neighborhood. 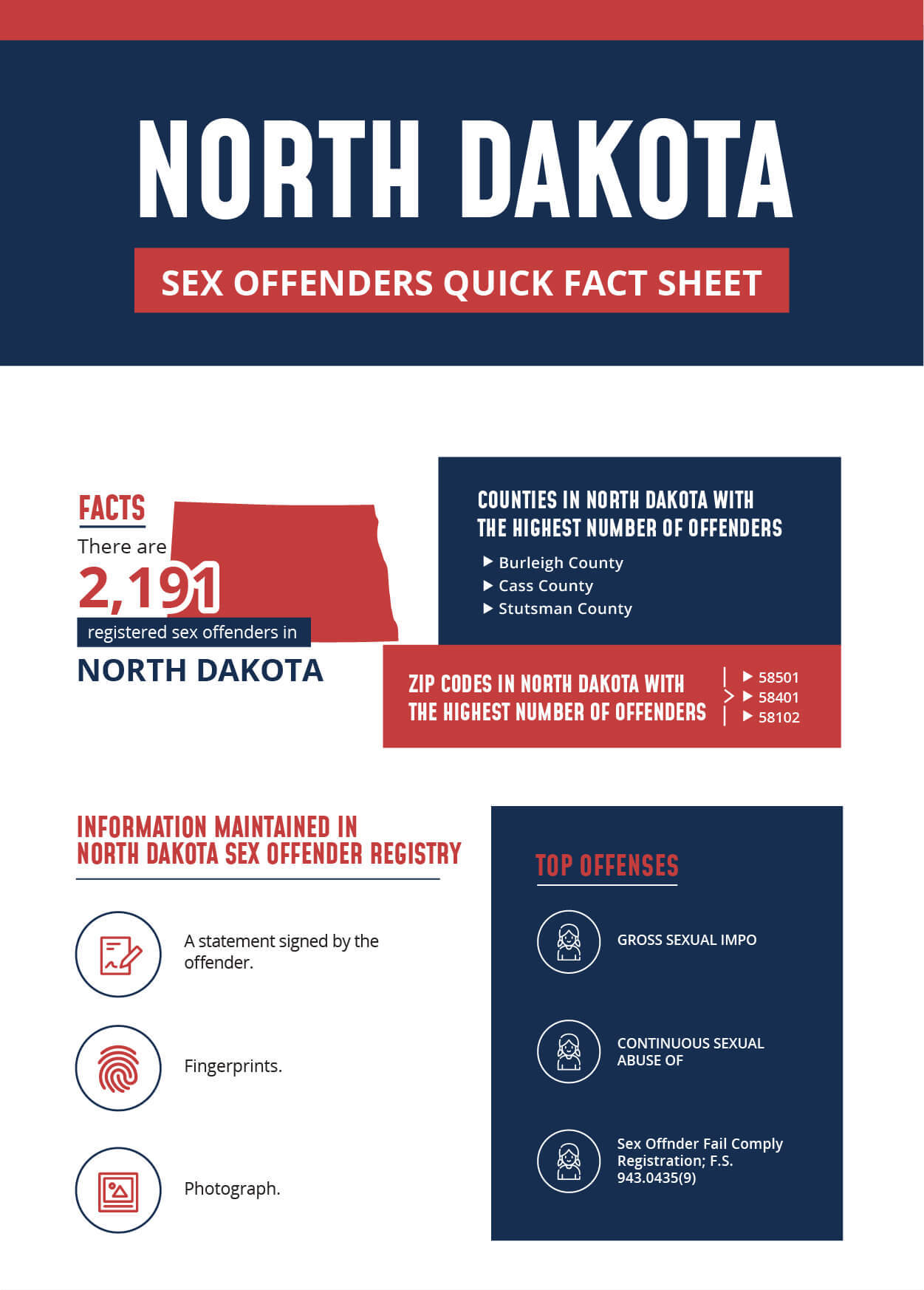 Learn and share vital facts and figures about North Dakota sex offenders with this convenient infographic.

Counties in North Dakota with the highest number of offenders:

Zip Codes in North Dakota with the highest number of offenders:

Crime Against a Child - a violation of any of the following, or a comparable ordinance, in which the victim is a minor:

(8) 10 years for offenders not subject to lifetime registration.

Life if the registrant: